Archive Posts Listed On This Page

Want to know more about what is happening on the front lines of Timshol Ministries?

Subscribe below to our Quarterly Newsletter! Trust me you’ll be glad you did!

“What do you need?” is the question I probably get asked the most from people who are trying to understand what life is like in on the field.

The easy answer is, “Prayer.” This is also an honest answer.

The usual response is, “Ok. Yes I’ll pray for you. So what else?”

Now…every missionary I know loves this kind of slow pitch softball question. It gives a chance to talk about the financial needs. I however, often to the detriment of our finances, answer differently. I’m probably naive, or maybe just afraid to share our financial needs… but I honestly think there is a greater need I have that I love to share.

“Don’t forget us. Please. Remember us. Pray for us. Intercede for us and those we serve.” This is the greatest need we have.

Life goes on though doesn’t it? Everyone gets busy.

So I would like you to consider being an ambassador for Timshol Ministries so maybe we can not only fulfill our personal needs, but our ministry needs as well.

What exactly does being an ambassador mean?

It means in your circles of influence, you intercede for us. You represent us. You engage with others on our behalf.

Practically speaking: In a church have your small group “adopt” our ministry. Bring us up frequently in prayer, send messages, provide for financial needs, engage spiritually. Really the list is endless. Maybe even have your church pray for us corporately on a regular basis.

Or maybe you love to Bike. Gather your friends, or post on social media a major ride that you will organize. This can be a fundraiser for Timshol Ministries, or it can go to a specific need.

The point I’m making is include us, our family, our pastors, our leaders, the ministries in Thailand, The Thai people – remember us in your days and include us in your lives. If there is something specific you would like to do, let me know. Thank you.

Every year our church in Chiang Mai visits a local village with little to no Christian presence, and we spend a few nights with the villagers sharing the Gospel.

The cost for this is minimal. Usually between $500 – $1800 for 30 people from our church to participate. This includes travel, food, lodging, media and resources. Last year we saw over 30% of a village pray to receive Christ. We have since sent a young man to pastor this young group of new believers.

We will continue this tradition every year, but this year we began praying for a new initiative: Unreached People Groups.

What is a people group?

According to the Website: Joshua Project, “For evangelization purposes, a people group is the largest group within which the Gospel can spread as a church planting movement without encountering barriers of understanding or acceptance.”

In most parts of the world, lack of understandability acts as the main barrier and it is appropriate to define people group primarily by language, with the possibility of sub-divisions based on dialect or cultural variations. Such a list may be referred to as an ethno-linguistic list of peoples.

In other parts of the world, most notably in portions of South Asia, acceptance is a greater barrier than understandability. In these regions, caste, religious tradition, location, and common histories and legends may be used to identify the primary boundary of each people group. Language can be a secondary boundary.

Thailand is a country of almost 70 million people. 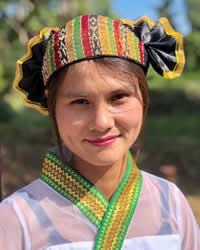 There is a reason these people groups are considered unreached. They may be difficult to get to, there may be language barriers, there may be strongholds that exist within the villages.

Yet we know that:

Our unreached people group initiative is still in the formative stages. We know we want to attempt to reach them, but we would like your help. Heres How:

Help Us Get The Word Out! Give Bibles!

Do something for me, will you? Go into your house and see how many bibles you can find. Go ahead, I’ll wait. More than likely you can probably find at least 4 bibles in your house according to the American Bible Society.

If you couldn’t find one, you could probably go buy a good one at the nearest bookstore for probably less than the cost of a family of 4 going out to eat at Chick-Fil-A.

Here in Thailand and Burma, that is not the case. Bibles are in low supply because the majority of the population is Buddhist, so the cost for a small good bible is between $15 – $30. That may not sound like much to you, but to many people that can be food a week. Many churches and ministries operate on such small budgets, that they have no bibles to provide their people, nor do they have bibles to give new believers who profess faith in Christ.

So we are doing something about it.

We need Bibles. Lots of Bibles. In different languages. For Adults and Children.

Evangelistic Ministries here in Thailand are great about sharing the Gospel, but they lack the tools to help equip the people with the knowledge of God – because they don’t have necessary funds for Bibles.

We want to continue to make God’s Word available to everyone we can. This is by far the greatest need.

Or if you prefer, you can just send a one time gift and we will purchase what we need.

Either way….Thank you for helping us GET THE WORD OUT!!

The Bible says God created men and women in His image.

People have discussed this idea for years and have differing opinions on what it means, but one thing is for certain: It means we have dignity and value.

Our job as believers is to reflect this characteristic of God in our life to the world. That is another component of being made in God’s image: That we reflect what He is like. It also means as we interact with the world, we interact with them as they have value and dignity as well, because we are all made in the image of God.

Almost 70 million people live in Thailand, but over a million ethnic minorities lack Thai citizenship. These people, concentrated in the northern region of Thailand are collectively known as the Hilltribe people. Many cannot speak the national language and are viewed by some nationals as unwelcome and undesirable.

Six major tribes (Karen, Akha, Lahu, Lisu, Hmong, Mien) or ethnic minority groups comprise what is collectively known as the “Hilltribes”. Hilltribes have inhabited the border lands of Thailand, Myanmar, Laos, Cambodia and China for centuries—providing for themselves through subsistence farming and livestock raising. However, it wasn’t until this past century that many of the groups began migrating to Northern Thailand to escape ethnic cleansing in Myanmar. Now, because of land loss due to deforestation and the Thai government’s recent forest preservation movement have made subsistence farming both impossible and illegal for many of the Hilltribe people.

With limited choices, many move to the city hoping finding work, and a better life. But with little education and no knowledge of the Thai language, most Hilltribe city dwellers find urban life terribly difficult—and dangerous. To survive, many Hilltribe people have no choice but to sell trinkets and souvenirs on the streets. To compete in a densely crowded marketplace, many have learned that it’s more advantageous to put their own children to work. Tourists and wealthy locals have trouble saying “no” to child vendors, so despite dangerous conditions, parents often put even their youngest children to work. Too often, tribal children living in the cities can be found selling flowers and crafts at night in tourist hot spots. These late hours often prevent these children from being able to attend school the next morning, adding one more barrier to the education they so desperately need—so the cycle of poverty continues.

Poverty, limited education, and a general hopelessness, have opened the door to other problems like drug abuse and domestic violence. Meanwhile, Thailand’s world-reknowned professional sex trade has left Hilltribe women and children vulnerable to exploitation, human trafficking, prostitution, and the ravages of HIV/AIDS.

Many hospitals often refuse treatment of “hilltribe” patients without proof of citizenship. Many that have citizenship cannot afford treatment.

So What is Genesis 127 Tribal Women’s Ministry

We work directly with churches, children’s homes, women centers, local villages, AID’s Centers, and Christian ministries to help provide food, healthcare, jobs, teach a trade, and provide life skills so these hill tribe women and their children have a chance in life.

We will sell some of their items in our store. (Coming Soon) Feel free to purchase something.

Or you can give directly to the ministry that already has boots on the ground to help these women know the hope to which they have been called in this life through Jesus Christ.

Lorem Ipsum is simply dummy text of the printing and typesetting industry. Lorem Ipsum has been the industry's standard dummy text ever since the 1500s, when an unknown printer.

Want to know more about what is happening on the front lines of Timshol Ministries?

Subscribe below to our Quarterly Newsletter! Trust me you’ll be glad you did!

Processing...
Thank you! Your subscription has been confirmed. You'll hear from us soon.